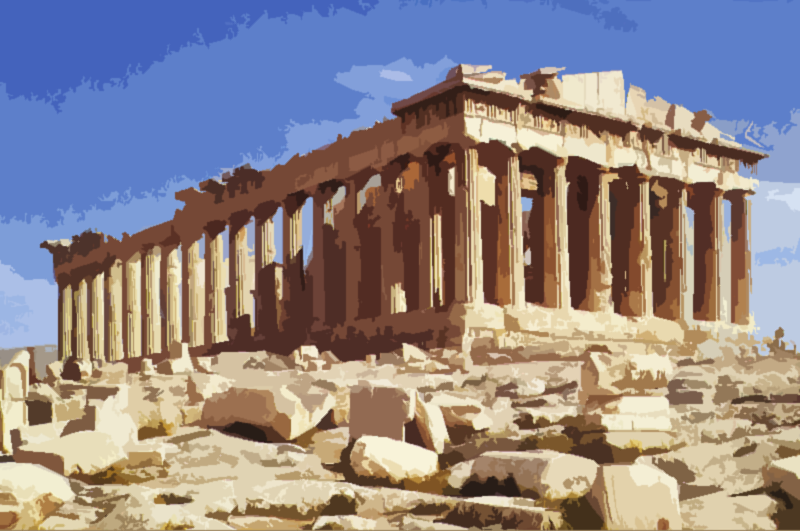 This post originally appeared on my old blog stargazer.wordpress.com. It’s about 2 years old but still has some relevancy, I think.

The events of the last years have convinced me that we are living in post-democratic times. For most of my life I believed in democracy, freedom, human rights, and now I feel that all these ideals are slowly thrown down the drain by the people we elected into power.

Democracy comes from the greek words for “rule of the people”. In a democracy the sovereign are actually its citizens. But since it’s unpractical to give everyone a vote in every decision we usually practice a system where we elect people to do the decision making for us. And herein lies a part of the problem. It’s much easier to influence a few hundred policy makers than to influence whole nations. And usually it’s wholly sufficient to influence the people in the government which are even fewer. Nowadays major politicians are more in touch with lobbyists than with the people who elected them in the first place. In several cases laws have actually been written by lobbyist group and not in the ministries by the people who we elected to do the job. Just look at international copyright law and you’ll clearly see what I mean. These laws are made for corporations and not the people.

This is something which has been going on for a while now. It has become more and more obvious to me in the late nineties when the social democrat Gerhard Schröder became chancellor. Up to this day I am member of the Social Democratic Party of Germany (SPD) and I am still a stout believer of the original idea of social democracy, but I have got the impression many years ago that these ideals are usually sacrificed to stay in (or get back into) power or to get personal benefits.

When back in the late nineties the social democrats and the green party came to power in Germany, I had high hopes, but years later I now realize what damage has been caused back then. The reforms called Agenda 2010 might have had a positive effect on the competitiveness of the German economy, but it furthered the gap between the rich and the poor. During the Schröder administration the financial sector had been heavily deregulated and the situation of the unemployed have been worsened. These decision damaged the SPD in the eyes of its voters severely and the party has been struggling in elections ever since.

If you look closer at the policies made in Germany during the last 20 years you’ll notice that while governments changed, the policies made are eerily similar. Sure, there are some fields where the German major parties disagree, but in most important questions their election programs are pretty close if not identical. And in the end they all listen more closely to lobbyists than to the people, so what party you elect every four years doesn’t really make such a big difference.

A watershed moment for the Western world was surely September 11, 2001. The last remaining superpower, the United States of America, which has felt invincible ever since the end of the Cold War, suddenly felt vulnerable again. This was also the moment when politicians and the secret agencies saw their chance to implement all the laws they always wanted to. In the name of the war against terrorism many liberties of the Western World including free speech and due process have been undermined. Surveillance of the public has reached unprecedented levels, “enemy combatants” have been tortured and kept in military prisons. We all  just started to understand what has been lost during these 12 years. The recent unveiling of projects like PRISM or Tempora by Edward Snowden show that secret agencies all of the Western world have been monitoring the internet in an extent never thought possible. Privacy, one of the big achievements of modern Western society, is basically nonexistent. Especially journalists, internet and civil right activists are deeply disturbed by this, while the majority of the population doesn’t seem to realize the scope of these programs.

Politicians do their best to tell the people that everything was done within the law and to protect our security. But I have my doubts that’s the case. And why are governments and government agencies so keen on monitoring the communication of their own citizens or the citizens of allied countries? What are they afraid of? And are we still the sovereign if our communication over phone and internet is constantly monitored and stored for later analysis? I’ve come to the conclusion that Western democracies are democracies by name only. Our governments act as if they are not our elected representatives but as if they are the sovereign, not us. We are treated as mere subjects, which need to be controlled and if necessary detained for as long as it’s deemed necessary without a trial or due process. We are living in a post-democratic world. And in recent years, especially since the recent financial crisis in Europe, I’ve read that people have publicly spoken out against democracy, deeming it too slow to react to such crises. Democracy is not perfect – no system of government is – but in my opinion it’s still the best guarantee for human rights, freedom, and liberty. But we are in the process of squandering all that in order to please our corporate masters and to feel a little bit more secure.

A couple of days back I noticed that my hosting package included another free domain, so I thought about what I could do with it. The domain name was quickly found: planetstargazer.com! It fits into the theme started with Stargazer’s World and it wasn’t registered yet.

So what can you expect on these pages? Planet Stargazer will be my personal blog which covers everything which is of interest to me – from computer games to politics. If you’re more interested in what I have to say about pen & paper rolesplaying games, check out Stargazer’s World. But if you stay here, enjoy the ride!