Recently I decided to cancel my current mobile phone plan with Telekom and give one of the other carriers a try. In the end I settled for O2. With the new plan I also got a new phone and after some serious research I finally settled on the Samsung Galaxy S9 Plus. I have been using this smartphone a couple of days now and let me share my thoughts so far.

This phone is extremely beautiful. In my opinion photos just don’t do it justice. From the photos I’ve seen it looks really bland, especially compared to the Huawei P20 Pro, which was the other phone I was considering. But in person it’s just gorgeous. The back (which is glass) is a bad fingerprint magnet, but that’s only a minor quibble, especially since I’ll put it into a case ASAP anyway.

What immediately blew me away was the screen. I am sure no one will disagree when I say that Samsung builds the best displays, period. The AMOLED display of the S9 Plus has vibrant colors, the blackest black I’ve ever seen on a smartphone display and the resolution of 1440 x 2960 pixels means that everything is extremely crisp. The CPU is an octa-core processor with 4 cores running at 2.7 GHz and the remaining four running at a lower 1.8 GHz). I am pretty sure that the S9 Plus is the fastest smartphone I ever owned and I’ve never noticed any slowdowns while using it. Everything responds very fast and 3D games run very smooth. From specs alone the S9 Plus should be among the most powerful smartphones around, but there are a lot of small details which make it stand out – at least in my opinion.

The curved display which Samsung has used in several phones now is a huge improvement over the phone displays I have used in the past. It looks great and there’s almost no bezel. The stereo speakers are of pretty high quality and, boy, they are loud! You can even create personalized sound profiles that improve the sound quite a bit by analyzing your hearing and then modifying the sound output accordingly.

I was positively surprised about the new software Samsung uses. Because of TouchWiz I have avoided Samsung phones for a long time, but the new Samsung Experience isn’t too shabby. The only drawback is that it is a bit overwhelming with thousands of settings you can tweak and things you can customize. The launcher included works fine out of the box, but I eventually replaced it by a modified Pixel 2 launcher. Edge panels and edge lighting are cool, but the first is sometimes kinda annoying and the latter didn’t really work for me. After playing around with the options for two hours or so I gave up. I hope Samsung will get this working eventually.

From what I’ve experienced so far, the 3500 mAh battery lasts about a day, perhaps even more if you don’t play around with your phone all day. Fast-charging works like a charm, but unfortunately I haven’t been able to try wireless charging yet. I was expecting the display to be a major battery drain, but it seems AMOLED displays really don’t use that much power.

I was also positively surprised when I realized that my provider sent me the dual-SIM version of the phone. At the moment I am using the SIM card from my old carrier in slot 1 and the one from my new carrier in slot 2. The phone actually allows me to pick a SIM card for calls, texts and mobile data, so I am using my old carrier for calls (until my phone number has been moved to the new carrier) and the new carrier for mobile data. I won’t use the feature in the long run, but I am pretty sure it’s quite handy for some people.

The accessories you get with the phone are not too shabby either. An AKG in-ear headset, a charger, a USB-mini to USB-C adapter, and a USB OTG adapter, and a SIM key are included in the box. Normally I immediately toss the included headsets, but this one is actually pretty good. The sound quality is probably not good enough for a true audiophile, but I think it sounds great.

Oh, I forgot to mention the cameras. The S9 Plus has three cameras. Two on the back and one on the front. The back cameras have 12 MP and the pictures they take are quite impressive (at least to me). There are still a lot of features I haven’t tried though, like Slow-Motion video, or just regular video in general. The S9 Plus can record full 4K videos in 60 fps, which is more than I ever needed. 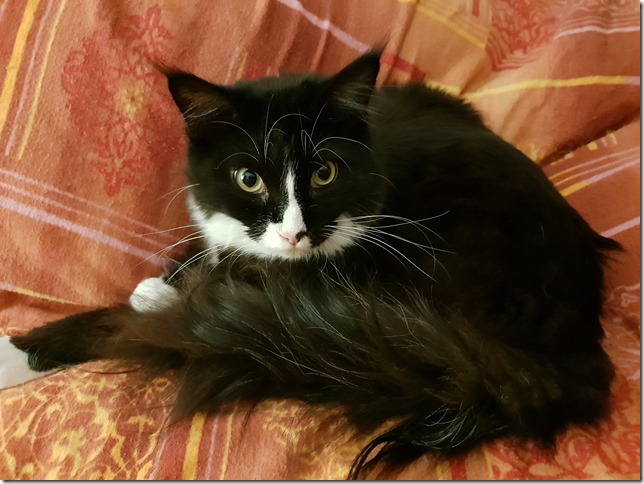 There’s so much more I could tell you about the device, but I think this should suffice for now. Overall I am extremely happy with the S9 Plus. It still bothers me a bit that I couldn’t get Edge lighting to work, but it’s nothing I will lose sleep about. If you are looking for a high-end smartphone you should definitely consider the S9 Plus.