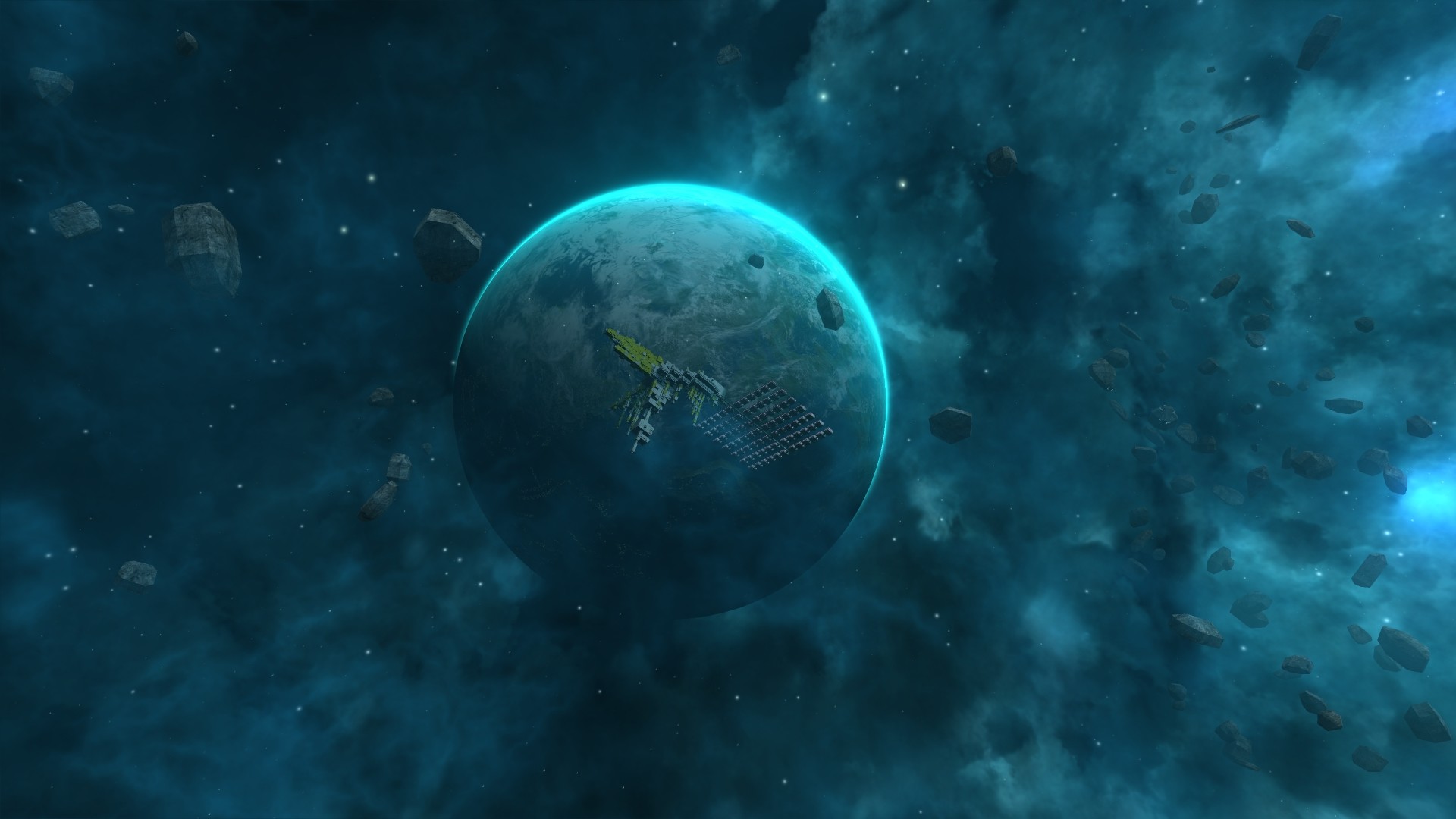 Yesterday I wrote about Star Trek Online, today I want to look at something similar but totally different. In a way Avorion has some similarities with a game like STO: you fly around in a space ship, there’s space combat, there’s exploration, you can play with other people, but that’s where the similarities end. In Avorion you start out with a simple mining drone in a remote sector of the galaxy. In the nearby asteroid field you can start mining for materials like Iron or Titanium. You’ll quickly notice that the other ships and stations you encounter look a bit blocky, but that’s because the game uses a voxel engine similar to games like Minecraft. It also uses procedular generation to populate the universe with countless space ships and stations.

After having mined for a while you can use the material to build your own ship, block by block, much like putting together LEGO bricks. Aside from plain hull blocks, there are several functional blocks like generators, crew quarters, thrusters etc. Just bashing a few blocks together is usually not enough, you have to make sure the ship not only looks nice (which is actually optional) but also works (which is a must). Last but not least you can attach turrets to your creation. You start out with 4 turrets of which you can use up to 3 at the start. From what I’ve seen so far, you don’t get the same turrets every time you start a new game, but you always get two mining lasers and two weapon turrets. With your new ship you at first have to travel to a space station in order to hire crew. Without the crew necessary you can’t use turrets or maintain the ship. The larger the ship, the more crew members you’ll need. And these guys also want to get paid…

So what to do now? Your ultimate goal in Avorion is to reach the center of the galaxy (much like in No Man’s Sky). But the closer you get to the core travelling using your hyperdrive engines, jumpgates, or wormholes, the more dangerous it gets. But there are also more valuable materials and technologies closer to the core. So you start out with a pretty dinky little ship, mine more materials, shoot pirates (or become a pirate yourself), trade, and so on. In the long run you can also buy additional ships which can then be commanded by captains you employ, and you can even have your own space stations. I have played the games for a couple of hours now and I am hooked. I even paused playing STO for a while because building space ships in this game is just so much fun – even though I suck at it.

Avorion is still in early access, but it has more depth to it than many other games. If you enjoy space games like Elite: Dangerous, EVE Online, the X series, and always wished there was a way to build your own ships, Avorion might be for you. Check it out! Avorion is available on Steam and sets you back about 18€ or your regional equivalent.