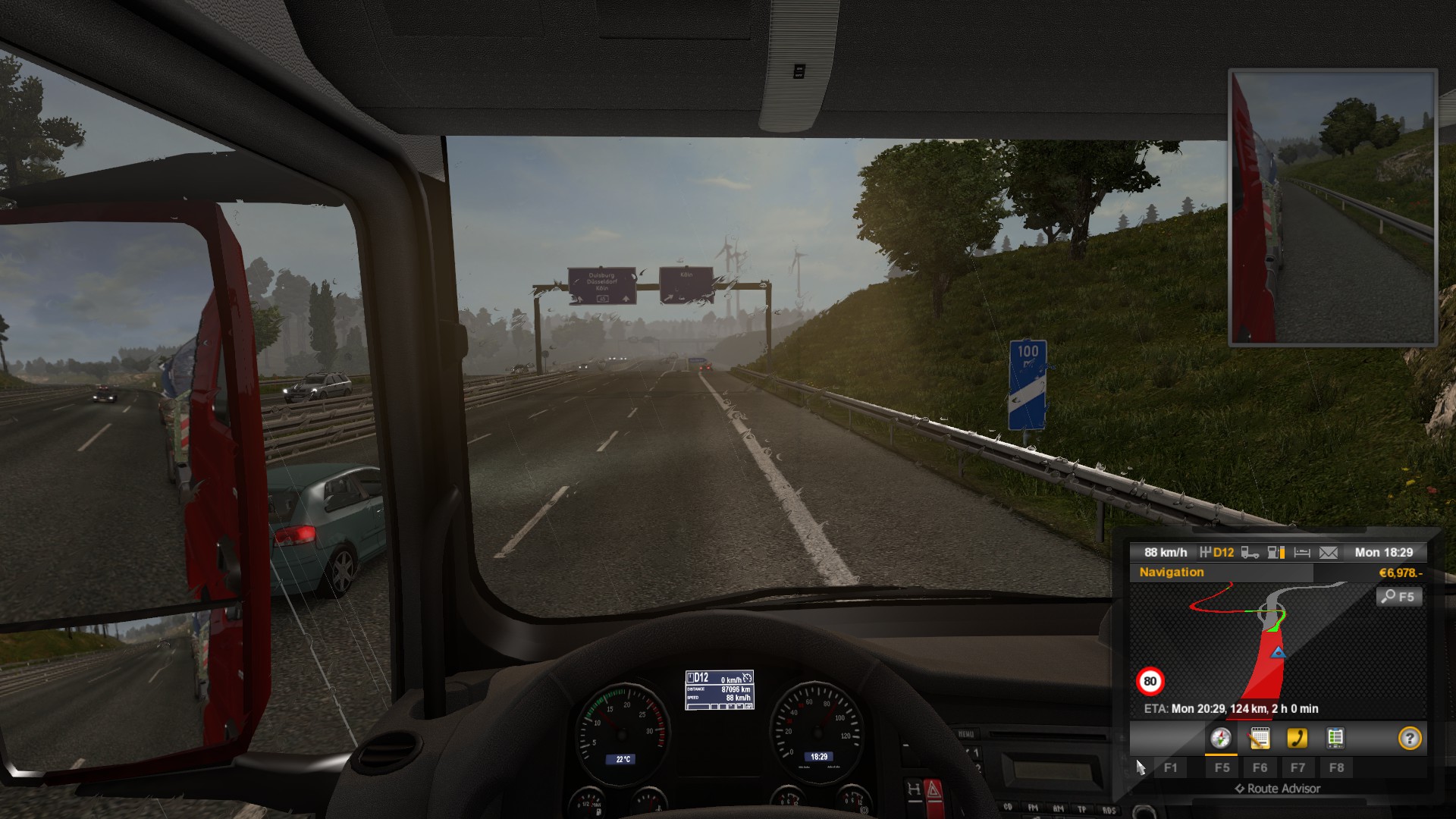 This game has been in my Steam library for ages. I don’t actually remember where I got it from, but I guess it was part of a Humble Bundle or a similar bundle. Until yesterday I never played the game. Even though the game has been praised by many people (which doesn’t happen that often with games having Simulator in their titles) I didn’t even touch it with a ten foot pole.

I don’t know what changed my mind. Perhaps it was the Youtube video I stumbled upon the night before in which two people talked about Leviathan Wakes, the first book of the Expanse series. The audio was accompanied by footage from Euro Truck Simulator 2. For some reason the video felt extremely soothing. So I decided to give the game a try.

Lo and behold, I was surprised how fun it can be driving a large truck on European highways. The developer actually made a good job to scale the world in such a way that it feels like the real deal even though you can drive from Frankfurt to Cologne in under 10 minutes. There’s not too much traffic, but just enough to not let you drive in the middle of the road all the time. Steering with the keyboard proved quite problematic, so I changed to my Steam Controller, which worked great. There’s even an official setup for the game provided by the developers. 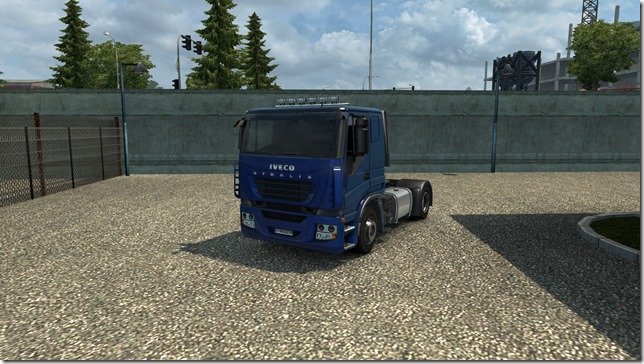 So what is the game actually about? It’s first and foremost about trucking. You start out as a professional truck driver with no truck of their own. You can do driving jobs for other companies first until you make enough money to buy your own truck. Or you can take the quick way and loan the money from the bank. Of course you can customize the truck to your heart’s content. Some of the modifications are available at higher levels only (I’ll talk about levels in a second). After finishing a job you not only get paid, but you also get experience based on your performance. If you have gained enough XP to level your character up, you can raise certain skills that help you get more money or drive more economically. So there are even some minor RPG elements in there.

Later in the game you can hire more drivers for you company and buy more trucks, even hire managers that do all the pesky micromanagement for you, while you drive around on Europe’s highways. 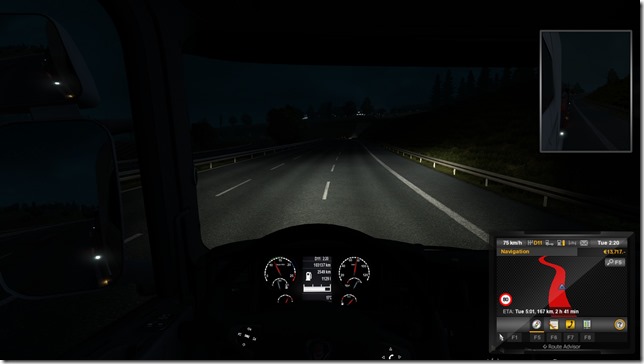 What really surprised me was the attention to detail in Euro Truck Simulator 2. I already mentioned modifications you can make to your truck. These are not only cosmetic in nature but you can also improve functional parts. Each truck has a different feel, the interiors are very detailed and it’s even possible to listen to your own MP3s or internet radio stream directly from within the game. There’s a lot I haven’t explored yet in ETS2. At the monent I am also using the simplest driving mode in which you don’t need to shift gears at all. In my current configuration, the right trigger on my controller is the gas pedal, while the left one is the brake pedal. If you want the real deal, you can of course choose from different, increasingly realistic settings.

Usually I am no fan of this kind of games, but ETS2 definitely struck a nerve. If you got interested in Euro Truck Simulator 2 yourself, I recommend checking out some gameplay videos first. You can get ETS2 for €19.99 or your regional equivalent on Steam.