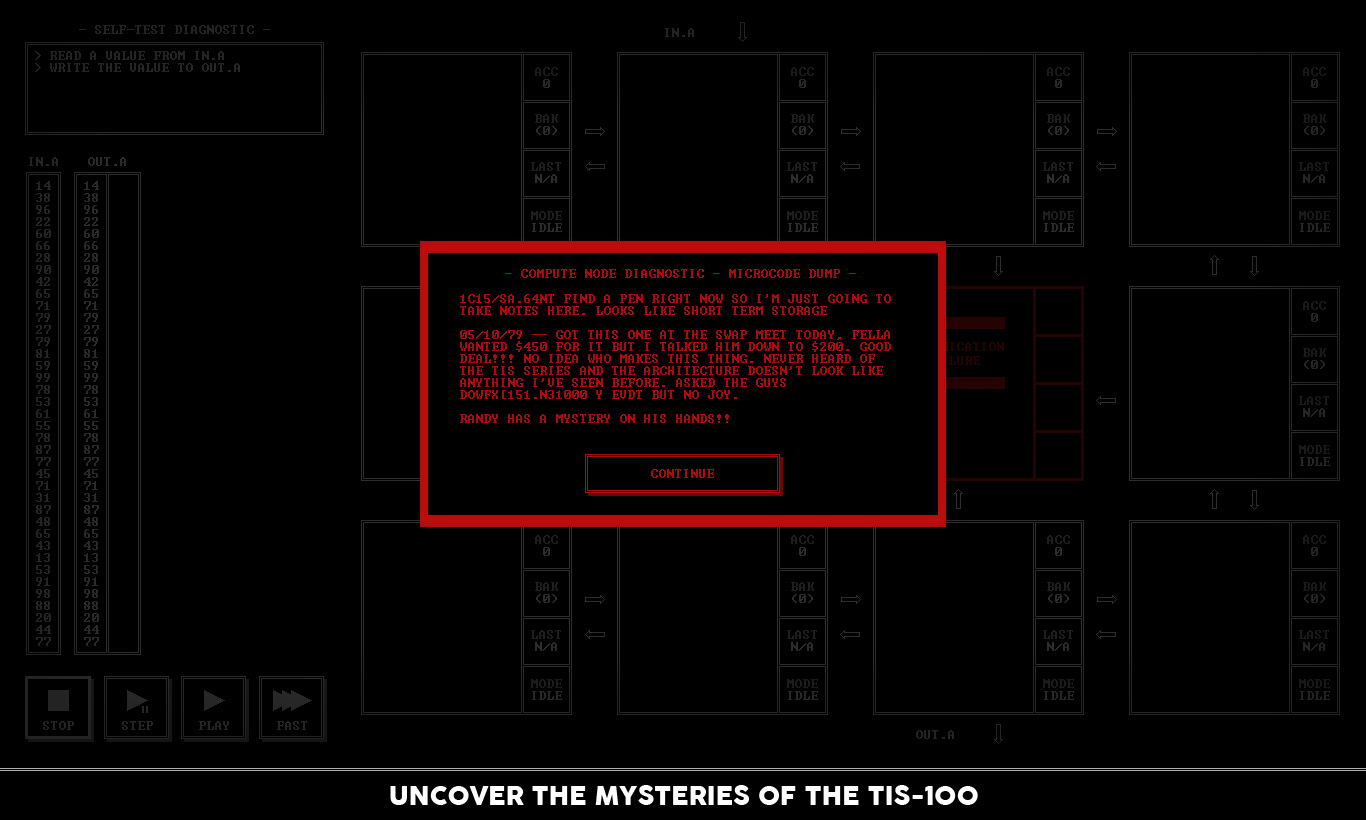 During last year’s various Winter sales I picked up a very exciting game – especially if you are interested in programming. It is called TIS-100 and was created by Zachtronics which is know for games like SpaceChem and Infiniminer. In TIS-100 you get to write Assembly code for a pretty weird machine you found on your uncle’s attic. The manual looks like a scanned copy of an instruction manual from the late 70s or early 80s.

Basically TIS-100 is a puzzle game in which you solve the puzzles by coding Assembly, which is the closest thing you can get to actually write machine code. While the first few puzzles are pretty easy, the difficulty curve becomes increasingly steep later on.

For me it was the perfect game to bask in nostalgia. Back in my university days I had one course in which we wrote Assembly code for microprocessors. It was definitely one of the more fun courses back then. In TIS-100 you not only get to solve the increasingly hard puzzles and learn something about obscure computer architecture, you also get to uncover clues about what happened to your uncle. Detective work by code!

If you’re into computers, retro games, perhaps even programming, you definitely should check the game out. I recommend getting it from GoG for €6.39 or your regional equivalent.